Katrina Keel-Saunders’ life changed forever when she was diagnosed with breast cancer on February 11, 2014. A lump on her breast and, several months later, a difference in the appearance of her left nipple, pushed her to see her doctor and seek a diagnosis.

Katrina lives in Norfolk with her husband of four years, Alan, Jr., and their three children: daughters Jasmine, 11,

Ava, 6, and a son, Antonio, 10. A cairn terrier/Maltese/Yorkie pup named Hope is also part of the family. Katrina works as a physician secretary at Sentara Pediatric Physicians.

This year Katrina was selected as one of eleven Boobers! to serve as a model for the Calendar to Live By 2016. Here she opens up about how her breast cancer was detected, her advice for other women dealing with the disease, and what being a calendar model means to her.

What led to your diagnosis?

In November 2013 I noticed when my left arm rubbed against my left breast that it felt odd. I gave myself an exam and felt a lump. I had my mom feel the lump, too. She was concerned and told me to get it checked out, but it did not hurt, so I ignored it. In early February 2014 I was undressing and noticed my nipple on my left breast was going in, like something was pulling my nipple inward. I screamed for my husband to look at it and he agreed it looked odd and scary. I sent a picture to a friend, a two-time breast cancer survivor, and she told me to calm down and have it looked at.

I saw a doctor and had a mammogram and then an ultrasound. When the radiologist came in and did the ultrasound again, it was the question he asked that scared me: “Is there anyone you can call?” He grabbed my hand and at that point I knew something was not right. He told me he saw the lump I had been feeling, but that he also saw two other spots that seemed suspicious. He stated he was going to biopsy them and pray he was wrong.

I waited at the office for at least three hours. I must say that was the worst day of my life. I was afraid to be alone, so my mom, dad, husband, sister, stepdad, and family friend were with me to get my results. I was shaking, like I already knew what the results were going to be.

When I was told “You have breast cancer” I felt like I was in a bad dream waiting to wake up. I heard my mom, sister, and friend sniffling and I felt numb. I looked at my husband and he was red in the face. I thought Am I going to die? What will happen to my kids? My husband? At that moment I said “I will beat this, and I will fight hard.”

How did you find out about Beyond Boobs!?

In September 2014 I researched breast cancer patient resources. I came across Beyond Boobs! and sent an e-mail to ask where a local meeting was. Within a few days I received an e-mail back from Boober! Amy Oliver, who then sent my e-mail to [Cofounder and Executive Director] Mary Beth Gibson, who gave me information about meeting locations. She forwarded my information to Boober! Michele Yepez. I attended my first support group meeting in Ghent. As scared as I was, I went and all of those women made me feel right at home. Everyone I have met has become a sister to me and I love them all. I am grateful for Beyond Boobs!

What is your favorite dessert indulgence?

I love to indulge in a warm brownie with ice cream on top, preferably with chocolate and peanut butter.

Who was your teenage celebrity heartthrob? How did you show your undying love?

My heartthrob growing up was Jordan Knight, from New Kids on the Block. I had T-shirts, posters, and a big huge button. I remember writing to their fan club. I still love NKOTB to this day. I had the pleasure of seeing them in concert back in 2009 and just recently this June. Amazing!! I also loved Enrique Iglesias. I had posters of him in my bedroom. I remember seeing him in concert and it was the best.

What advice do you have for other women who have been diagnosed with breast cancer?

I’d tell them to stay positive. I know it’s not easy to say that, but staying positive makes a huge difference when you are going through treatments, even though there will be days you are feeling down and feel like giving up. Find a support group or any therapy that helps you cope, deal with your fears, etc.

What does being selected as a calendar model mean to you?

Being selected as a calendar model has meant so much to me. When people tell me I am their HERO, I really do feel like I AM A HERO. I feel I am able to advocate for others by sharing my journey to inspire them and to help educate women about the importance of breast self-exams.

What was the most impactful moment of your calendar model photo shoot?

I felt beautiful without my long hair, like I’m making a difference in other people’s lives by showing them that breast cancer has not taken everything; it has not taken my strength. The photo shoot made me feel like I’m sending a positive message to other women that no matter your age, race, etc., cancer affects everyone. But there are resources and organizations that can help you while you are fighting your battle. 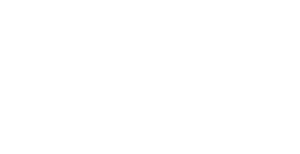